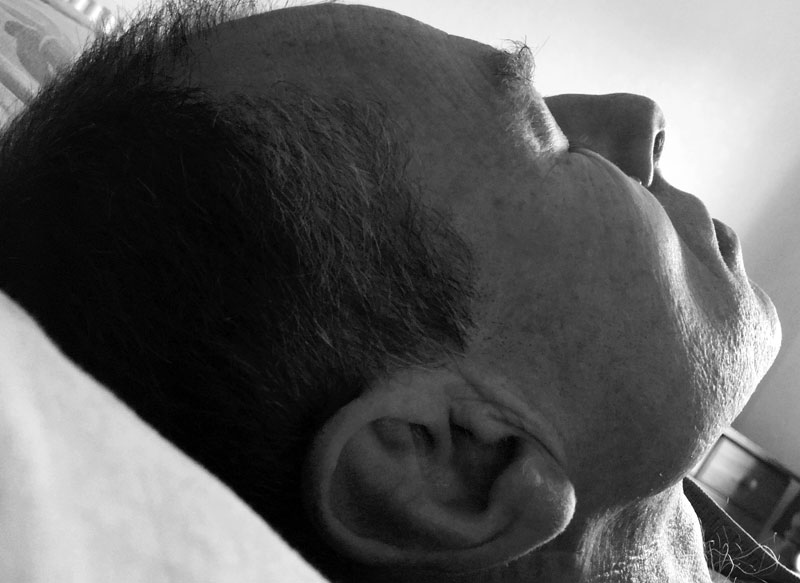 It’s the time of year when plants are dying or bedding down for the winter. It’s all part of the cycle of death and life, and it touches us all. It makes me think of when I was first confronted with thinking about death.

When I was 13, Crohn’s disease, with which I had been diagnosed the previous year, returned with a vengeance and my consultant decided it was best for me to have an operation to remove part of my gut. I was terrified. I wanted to put the operation off for a few weeks, but he strongly advised scheduling it for the next week.

At 13, I was already an advanced worrier. Perhaps because my first year at senior school, which had started so well, had been blighted by frequent absences, including a five-week hospital stay, I tended to look on the bleak side of things. What if I never woke up from the operation? What about all my dreams and ambitions? I felt it was too early to leave.

What’s more, I was worried about what death would mean. While my Mum had been confirmed in the Church of England and my Dad had been brought up as a Jew in Berlin, my parents chose not to bring us up in any religion. Of course, in those days, school assemblies included talks about the Bible and singing hymns, and I was interested in Christianity and religion.

I was fortunate to be able to talk about my fears to my Mum and I told her that I was worried that I had not been Christened. My Mum said we could arrange it before the operation, if I wanted. I said that I wasn’t certain. I didn’t think it right to be Christened as an insurance policy if I didn’t fully believe. In the event, I decided not to and that I would rely on my personal faith.

The operation was successful, although excruciatingly painful and, while I didn’t realise this for years, caused me recurring depression. Thanks to my family and friends, I had wonderful support, but even they didn’t realise how much this affected me.

And so I carried on through life until I faced a similar situation at the age of 50 when one Friday morning I woke up with terrible stomach cramp. The pain increased through the day and luckily Mrs Z made me go to the doctor by driving me there and, after he referred me as an emergency case, drove me to hospital where I was admitted. The following 36 hours were a blur of pain as various tests were carried out, but on the Sunday morning I was told by a doctor they were going to operate immediately to find out what was wrong.

I felt like that 13-year-old again, but now I had no one with me. All I could do was phone Mrs Z for a brief chat, but had no chance to see her or contact any other family. I was totally unprepared and this time it really did look ominous, but still I did not feel it was time leave as I had much I needed to do. Within half an hour I was down in theatre.

Again, I came through it. Good old Crohn’s disease had played its part once more with scar tissue from that previous operation causing my gut to twist with dangerous results. As soon as I was partially conscious, I asked a nurse to phone to tell Mrs Z, who this time nursed me back to health.

And so I carry on, grateful for my life, but, as we grow older, inevitably we become acquainted with death through loss. Losing my Dad suddenly in 1995 hit me hard. In recent years, saying sudden goodbyes to our two ageing cocker spaniels – Felix after having a fit caused by a brain condition and Bosley on the operating table after the discovery of inoperable cancer – was tough.

Sitting with my Mum as she drifted away in hospital over the course of a week in early 2015 was almost surreal. We knew it would happen and I’m glad I was there with her. In fact, during her long illness, I learnt the value of simply being with someone with no external interference, distraction, noise or conversation: just sitting in silence together. I treasure those times.

These experiences and the prospect of death have taught me the value of life and how lucky I am.

I do not fear death as I did when I was 13, although I still don’t feel it is time to leave. I wonder whether I ever will.